Mortal Kombat is one of the most violent games of the generation. With time, it has been evolved. Following are the basic and original 10 characters from Mortal Kombat. 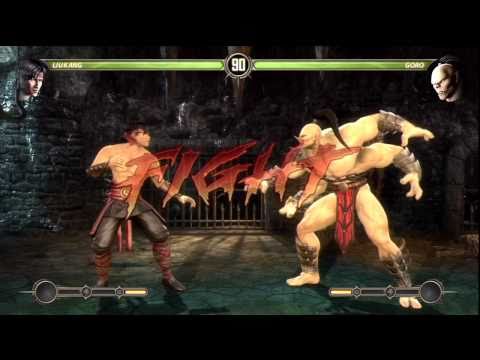 Goro is one of the original characters debuting in the first Mortal Kombat arcade game as the sub-boss. He appeared as a four-armed Shokan warrior who had been the champion of the Mortal Kombat tournament for nine generations, remaining undefeated for 500 years. Goro is among Shao Kahn’s favorite warriors and is well known for his power and brutality. Goro helped the emperor grow closer to dominating Earthrealm, but he lost at the tenth while fighting against Liu Kang, who later defeated the sorcerer Shang Tsung. Goro’s fighting style always revolved around taking advantage of his brute strength and surprising agility. His signature move includes Fireball, Flameball, Leaping Stomp, Chest pound, Goro Grab, Spinning Fists, Shokan Grab, Tremor Pound, Taunt, Punch Walk, Chest Lunge, Ground Fire, Shokan Stabs, Fang Spins, Crusher and Spine Adjustment. 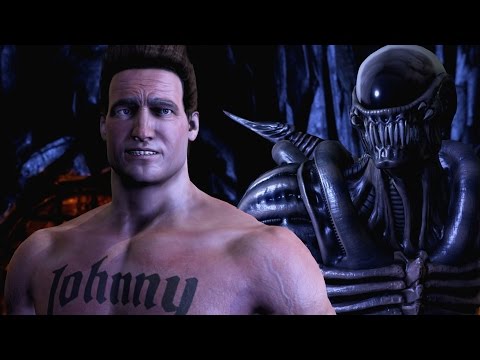 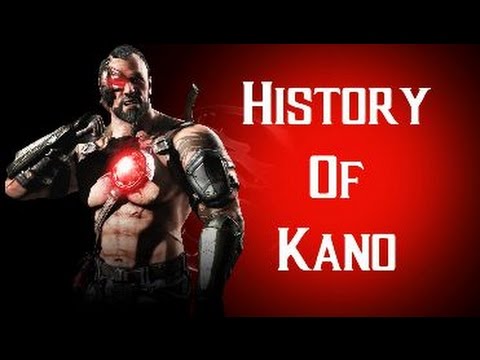 Kano is a member of the Black Dragon clan which features in the Mortal Kombat fighting game series. As a mercenary and leader of the international crime cartel known as the Black Dragon, he rises beyond the level of mere brutality and aggression by also being sly and cunning. A portion of Kano’s face is covered with a metal plate. His signature moves include Cannonball, Choke, Eye Laser, Eyebeam, Head-butt, Knife Swipe, Knife Toss, Long Toss, Skeleton Rip, and Vertical Cannonball. 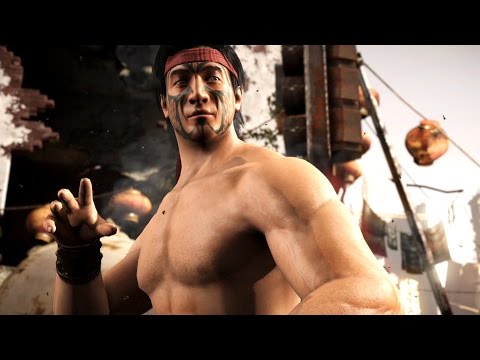 He became the Grand Champion of Mortal Kombat throughout the first four tournaments, a title that remained undisputed in the original timeline. He is one of Earthrealm’s greatest warriors, having defeated many to prove his valor. Liu Kang appeared to be among the dime a dozen Bruce Lee pastiches; an adult of Chinese origin with a bare chest, black pants and white sneakers. His signature moves include Flying Kick, Dragon Fire, Large Fireball, Bicycle Kick, Dragon’s Tail, Shadow Bicycle Kick, Parry and Chin up. 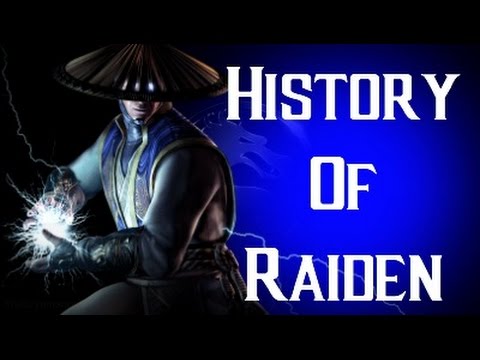 Raiden is the eternal God of Thunder, protector of Earthrealm, and arguably one of the most powerful characters in all of Mortal Kombat. Although being formless and ethereal, Raiden often takes form on mortal planes. As such, he appears as a fully-grown man wearing predominately white robes and a blue vest, his face usually shadowed by a straw hat. The effect is enhanced by his glowing blue eyes that radiate with electricity and long white hair, befitting of his god-like status. His signature moves include Teleport, Electricity, Torpedo, Shocking Touch, Shocker, Vicinity Blast, Projectile Cancel, Reverse Electricity, Electric Slide, and Shock Therapy. 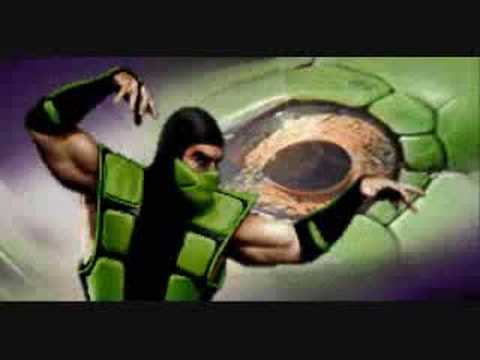 Reptile is a green garbed, humanoid reptilian creature that embodies the archetype of the unhappy underling. He appeared in a human guise. Said to be physically hideous and repulsive, he is renowned for his great stealth and unquestioning loyalty. Unlike many other henchmen, Reptile does not strive for power. He is caught in a delusional state of mind, obsessed with finding the last remaining member of his race, or freeing his homeworld of Zaterra from Outworld’s grasp. Thus, he always remains loyal to Shao Kahn, only obeying other masters to survive and reach his goal of returning Zaterra to its former glory. While well-meaning and sincere, his obsession is so important to him that it causes him temporary fits of insanity. His signature moves include Reptile Disfunction, Tricky Lizard, Poison Gas, Bassilisk, Klaw Swipe, Klaw pounce and rolling spikes. 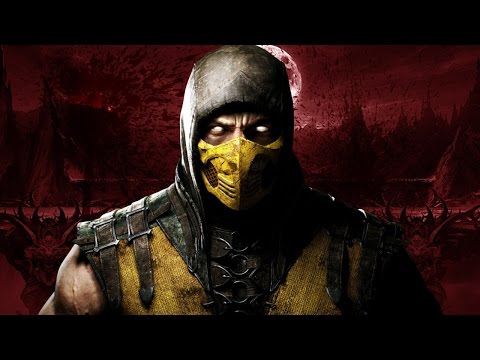 It is known that his father, a former member of the Shirai Ryu, forbade his son from joining the clan, as he did not wish for his son to live the life of an assassin. However, Hanzo joined in spite of his father’s wishes in order to provide his wife and son with a comfortable life. Now Scorpion is a hell-spawned spectre, inexorably seeking vengeance against those responsible for the destruction of his clan and the death of his own family. Scorpion appeared as a yellow palette swap of Sub-Zero. His signature moves include Air Throw, Fire Breath, Flaming Backflip Kick, Hellfire, Hellfire Punch, Leg Takedown, Spear, Shroud of Flames and Scorpion Sting.

A powerful, deadly sorcerer and a primary villain in the Mortal Kombat franchise, Shang Tsung is a shape shifter who needs to consume souls in order to sustain his health and life. In the Mortal Kombat series, he is the epitome of cunning and decadence, as symbolized by his preference for lavish parties, grand palaces, and stylish clothing. Shang Tsung initially had the appearance of a decrepit old man. His signature moves include Morphing, Flaming Skulls and Eruption, Ground Skull, Soul Steal and Capture, Forward Fireball, Fire Ring, Mysterious Magic, Body Switch, Slide Launch, Hot Escape and Up Skull. 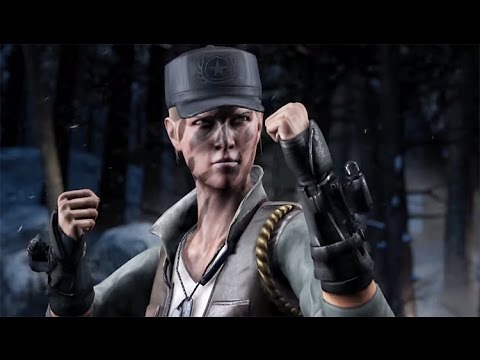 Sonya A. Blade is a female soldier who was a member of Earthrealm’s Special Forces unit known as Outer World Investigation Agency (OIA). Sonya represents a very emancipated and headstrong woman, but for all her stubbornness and pride, she deeply cares about the lives of her friends and comrades. Sonya wears a green sports bra, matching color pants and white socks. The holster on her pants, along with the groin region, are black. Her signature moves include Energy Rings, Leg Grab, Air Leg Throw, Face Planter, Inverted Bicycle Kick, Kartwheel, Arc Kick, Air Drop, Frag Grenade, Stun Grenade and SF Beat Down. 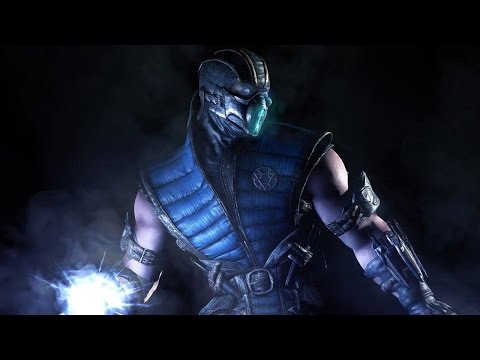 Sub-Zero was an assassin among the most powerful of Lin Kuei. As Sub-Zero’s name, clothes, and powers would suggest, his character was icy and distant. In all aspects, he was a cold-blooded and violent assassin absolutely dedicated to his clan, the Lin Kuei. While essentially neutral, his soul had become dark and corrupted from years of violence and remorseless killing. His signature moves include Ice Ball, Slide, Ground Freeze, Ice Clone, Ice Shower and Cold Shoulder.